In the year 2841, a new chapter in the story of humanity is beginning as we expand to the furthest stars in the universe. In a sci-fi landscape of mystery, intrigue, and opportunity, you’ll take the reigns as Commander of a galactic outpost vying for power. It won’t be easy though, you’ll need to marshall all your forces and employ a variety of strategies to repel those who wish to eradicate you. Make no mistake: the threat of Space Pirates, enemy outposts, aliens, and the unknown looms before us. Your legend is waiting to be written, Commander.

Galaxy Legend Features:
–A strategy RPG with single and multi player dimensions in a galactic battlefield
–Cutting-edge interface, delivering stunning galactic imagery
–A wide and varied fleet, awaiting your command
–Utilize a wide range of tactics to overcome foes near and far
–An intense global arena of players vying for positions of power
–Transform your fleet with numerous upgrades and abilities
–A lush narrative plot waiting to be explored 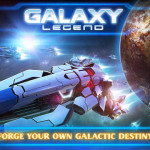 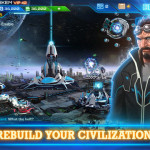 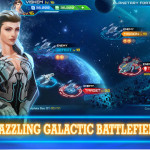 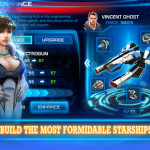 Requires iOS 4.3 or later. Compatible with iPhone, iPad, and iPod touch. This app is optimized for iPhone 5.