Getting into the mobile online game “Tanks”, participants immediately faced with the need to engage. The first allows you to get the victory, the title and choose a tanker their own war machine. All models of tanks drawn realistically and historically accurate. Served as the basis for real fighting machine of the twentieth century.

Combat consists of several stages. On the ground once it becomes clear who is stronger and who will get the reward of the opponents. Afterwards tankers is possible to give the enemy, and then finally destroy his war machine. The spectacle of a burning enemy tank becomes a kind of triumph winner.For victory in battle tank crews get experience points, as well as a variety of payment options. This game may be silver or gold. This currency can be used to improve the tank, increasing armor or firepower. Superior Tank will prevail over a stronger opponents and earn more prize money.

Improving the game allows participants to take part in full-scale tank battles that collect a large number of players. You can become an active participant in the Battle of Stalingrad or the battle of Kursk, and other events based on historical facts.Players of the game can be combined in the division for joint participation in the battles and battles, as well as to perform a variety of missions. Thus they can regularly change the tanks on the new or improve existing ones in the hangar. 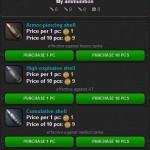 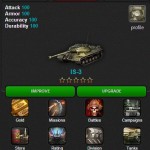 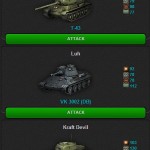 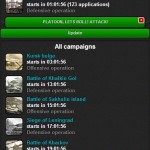